While in the Phoenix Area… 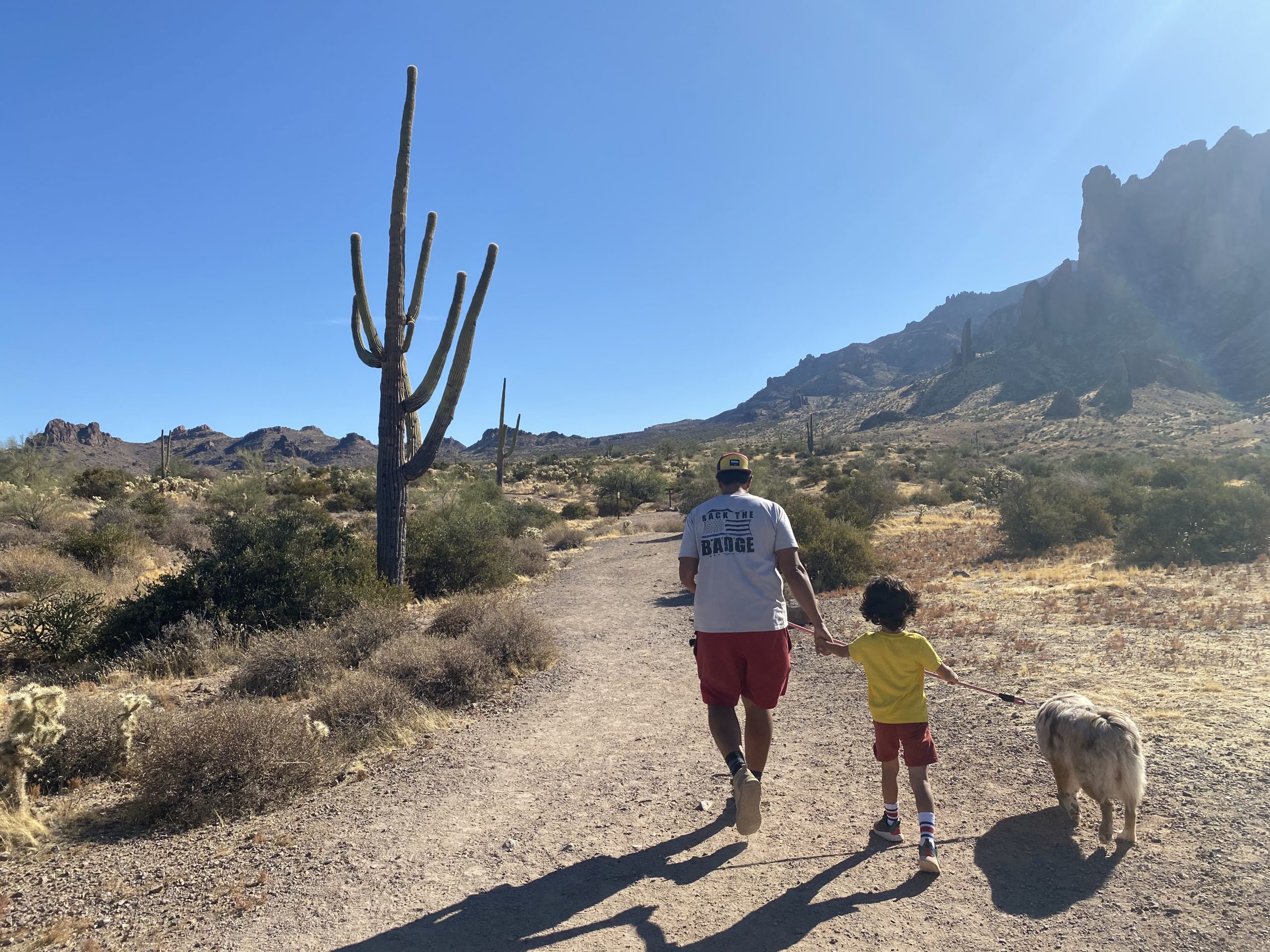 By the time we left the KOA campground in Williams Arizona, the place looked like a ghost town. Just a couple days earlier, it could have been mistaken for a carnival! It’s as if the camping season had come to an end overnight.

As we headed south to the Phoenix area, the terrain changed from big lush pine trees, to a very drab desert landscape. About fifty miles from our campsite in Apache Junction, thousands of Saguaro cactuses began to fill the land as far as the eye could see. It was such a welcome sight for us during an otherwise blah drive.

The Apache Junction KOA ended up being my least favorite campground so far. I was under the impression that all KOAs had playgrounds but this one did not have one. Our purpose for staying in the area was so my husband could attend several medical appointments. We decided that no matter what, we were going to make the most of our time there.

I scouted out a hike at the Lost Dutchman State Park for our first morning there. The park was located only about 6 miles from our campsite. By the time we woke up and got ready to go, it was already 90 degrees! I believe the entrance fee to the park was $7. The older gentleman working the gate was so sweet and super helpful. We left our two Goldens, Chilly and Arleigh back in the RV and brought our Aussie, Roo with us. We decided on hiking the 2.4 mile Treasure Loop Trail. It was a little toasty with the sun shining directly on us but it was also quite enjoyable. Noah spotted a Saguaro cactus located right off the trail and said, “look, that cactus is doing a yoga pose.”

After being out in the heat for a good part of the morning, we decided to eat lunch and cool off in the RV for a bit. Once we were rested up, we headed to Scottsdale. Our first stop was the McCormick-Stillman Railroad Park. It was such a pretty place, especially the antique carousel. And at a price of $3 per ticket, you couldn’t go wrong! Noah and I had a great time picking out our horses and riding them while the music played.

From the Railroad Park we headed to Old Town Scottsdale. It was such a great place to walk around and enjoy the cooling temperatures as the sun sank lower in the sky. Since we had Roo with us we weren’t able to eat inside anywhere so we decided to get dinner to go from Hula’s. The food was delicious! I would describe it as a mix between Latin and Hawaiian cuisine.

Noah and I spent the next day catching up on school work and playing games while Alex took care of his medical appointments in Phoenix. We highly recommend the game, National Parks Opoly. It’s the perfect game for ages, 5-9!

That night we packed up so we would be ready to leave bright and early the next morning. The wind was awful that night and when we woke up we found ourselves in a dust storm. Good Bye Arizona! Las Cruces New Mexico, here we come!!!! 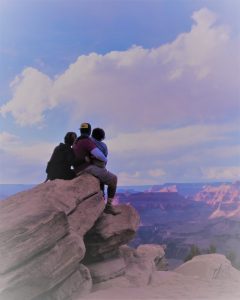 Our Day at the Grand Canyon 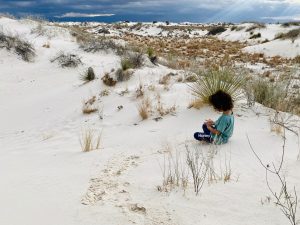