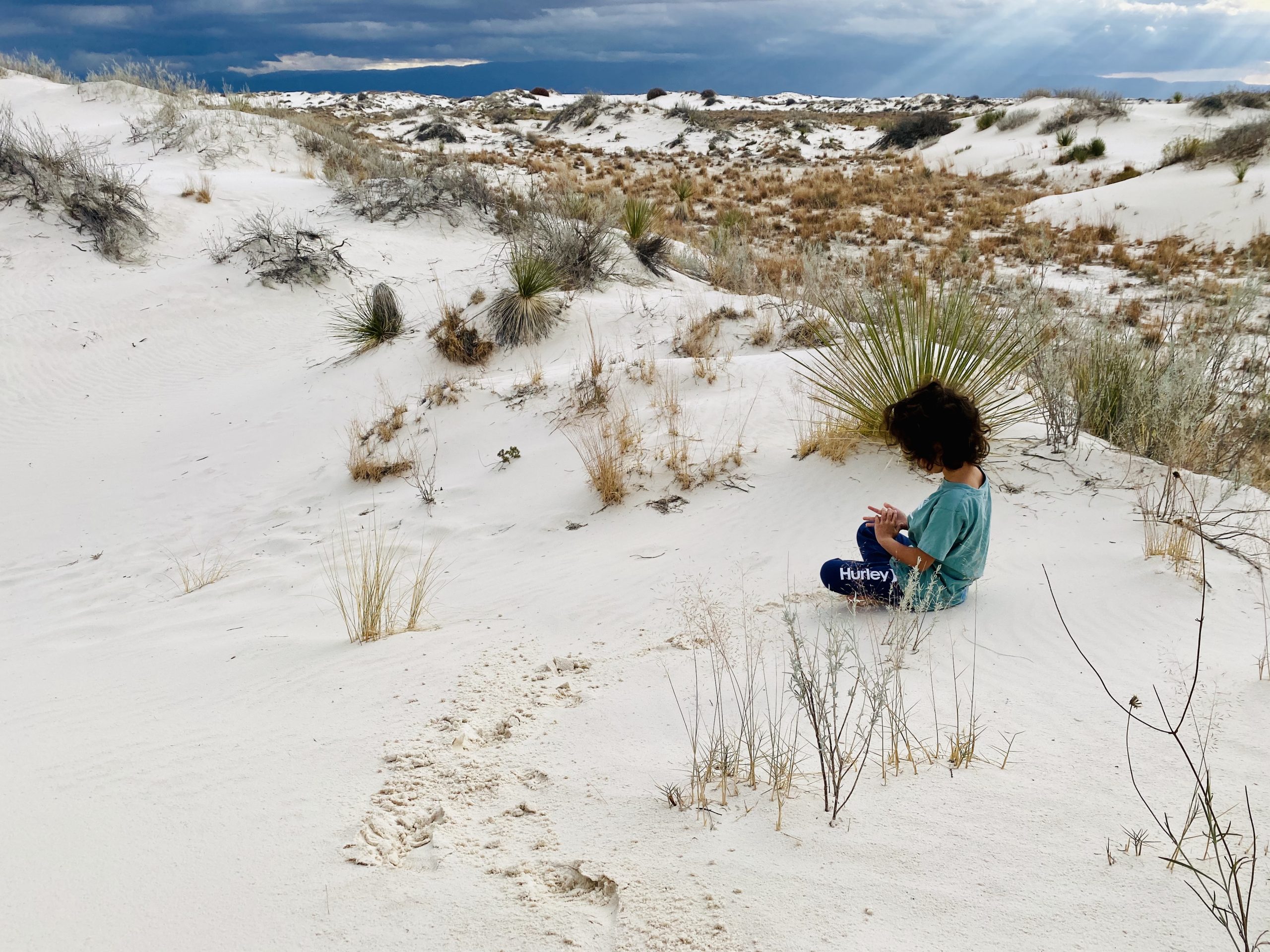 We left Arizona Saturday morning hoping to reach Las Cruces New Mexico at a decent hour. According to our maps app, the drive should have been 5 hours and 27 minutes. With our stops and the fact that we were hauling the 5th wheel, it ended up being somewhere between 7 and 8 hours. I always try to pack enough snacks to get us through but when we were about an hour from Las Cruces, we were all hungry. I found a cute Mexican restaurant with great ratings located in the Historic Mesquite District of Las Cruces. Despite it being dark outside, I was excited to see this place and the surrounding area. When I called to place the order, the young man was really nice and said that he’d wait a bit to place my order so it would be fresh for us. We decided it would be best to pick up the food before we set up at the campsite. We were not only hungry but La Nueva Casita Cafe closed at 6p and it was nearing that time as we pulled off the freeway. As we got closer, the streets got more and more narrow to the point where Alex was unable to make the turn onto the street where the restaurant was located. He ended up parking at the post office nearby and I walked the rest of the way. The restaurant was super cute and it was located across the street from a park that was booming with activity, even after the sun had gone down.

It worked out great not having to make dinner at the campsite. To keep us on schedule, we were only going to be there for the night so it was nice not having to unpack a bunch of kitchen stuff and have to pack it up again. Our next destination was a whopping 560 miles away, so the more packed up we stayed, the better. I did want to see one place while we were in Las Cruces but it was still an hour away from us. After explaining to Alex how badly I had wanted to see the White Sands National Monument, we made the decision to wake up really early the next morning, make the hour drive to see it, explore around for a short amount of time, and return back to the campsite. And that is exactly what we did. We dressed Noah in sweats and a tee shirt for bed so could stay asleep on the way there and be ready to explore as soon as we arrived. The drive there was pretty desolate and then all of the sudden in the distance we saw a flicker of white. We had arrived! As well pulled into the pay station, the white sand was everywhere! We didn’t have a lot of time so we just jumped right in. It felt like fine white Caribbean beach sand. We were at least 1000 miles from the nearest ocean and here we were standing in the middle of a giant beach! Noah especially enjoyed throwing sand balls at me:) The sky was beyond gorgeous! It had rained recently and the sun was making it’s way out from behind the clouds. Right as we were getting back in the truck to leave, we saw a beautiful rainbow. It was such a wonderful way to end our quick visit to the White Sands of New Mexico!

Once we arrived back at the campground, we prepared the RV for takeoff and left for our next stop…..San Angelo TEXAS! 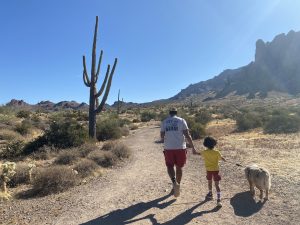 While in the Phoenix Area... 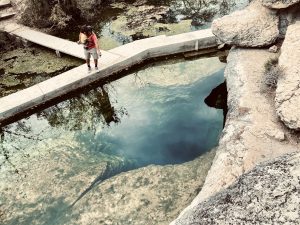 Deep in the Heart of Texas!